Growing up in Indiana I had very little contact with anything that could be called ancient. I could have, had I only known about the Indian mounds built there; some possibly built as long ago as 160 BC. But unfortunately I was living elsewhere before I learned (or remembered) about their existence. So being in New Mexico for the last 3 1/2 months has been like a living history lesson.

Since coming to Bloomfield we have visited three ancient Indian dwellings: The Salmon Ruins, The Aztec Ruins, and Mesa Verde. The Salmon and Aztec Ruins both claim to be about 900 years old. To put that into a historical perspective (for me at least), the Crusades were going on at that time.

The Salmon Ruins, home to a group of ancient Pueblo peoples, owes its name to the homesteading family that lived there and kept it safe from looters until archeological excavations started in 1970. 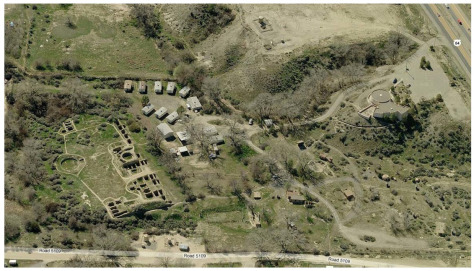 Walking through the site in the heat of the day with thirsty and not-so-interested children, it’s easy to forget that these were homes of people who lived over 900 years before. They labored in the same heat without any modern tools or machines to aid in their building.

I like these round rooms called Kivas. They seem to have been used for everything from storage to ceremonies.

This is the above ground entrance to the underground pithouse of the Basketmakers.

This is the underground portion of the pithouse. Oliver asked Jim if he would like to live in it, Jim of course answered yes. I’ll visit them whenever I get a chance. ; )

There is a small museum on the premises as well. It contains a few of the artifacts that were found in the ruins. 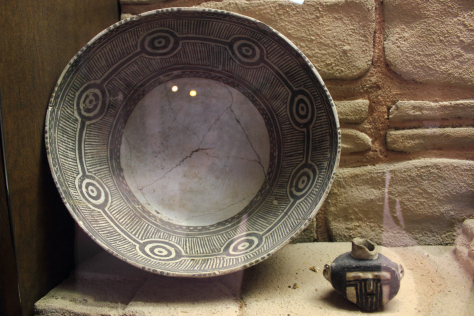 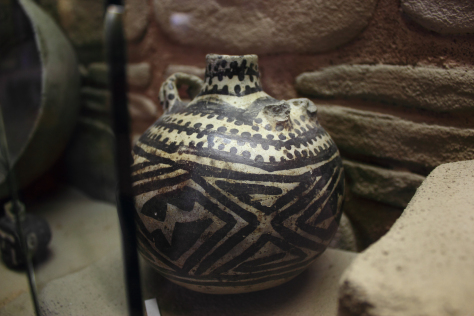 When I consider how arduous the lives of these ancient peoples must have been and yet they still desired to create something of beauty; it’s quite amazing.

Families On The Road

The official blog of Realm Makers, the only symposium for people of faith who love speculative fiction

Adventures of a 1961 Shasta Airflyte

FASCINATED BY THE WORLD